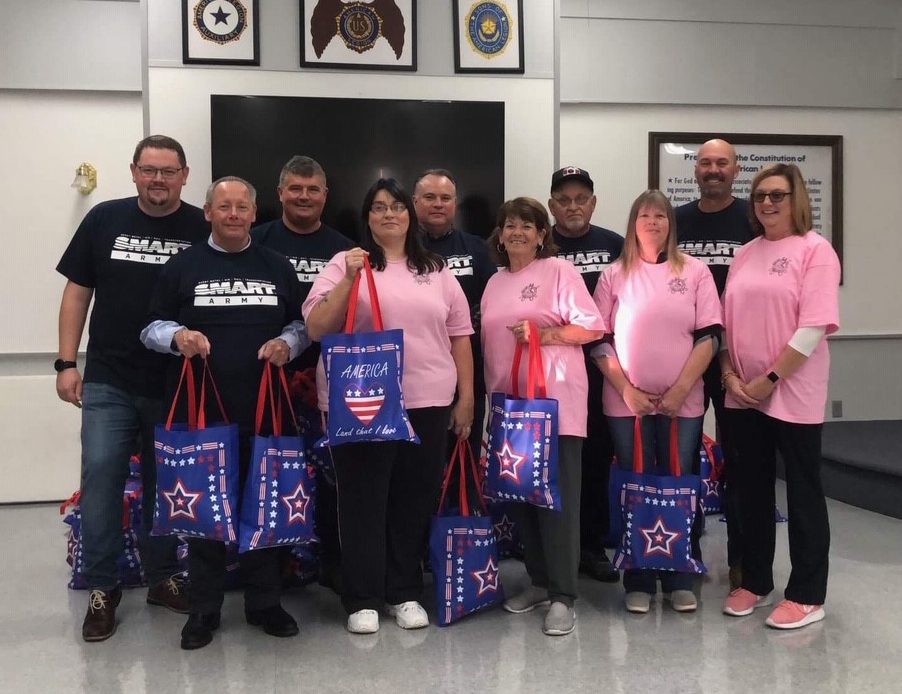 Members of Sheet Metal Workers Local 24 made sure Cincinnati area’s homeless veterans were not forgotten.

Thanks to the generosity of Local 24 members and signatory contractors, more than 100 homeless veterans living in southwestern Ohio received personal care packages. 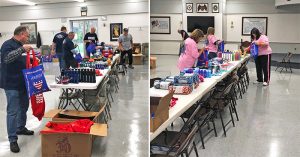 In addition to donating items, cash was also collected. Several contractors and members made cash contributions, which allowed the Women’s Committee and SMART Army to purchase items needed to fill the bags.

On Nov. 1, volunteers from the Local 24 Women’s Committee and SMART Army came together and worked to produce care packages, which were eventually given to the homeless veterans in the Cincinnati area.

Due to the kindness of our members and contractors, volunteers made 108 total care packages – 78 for men and 30 for women. 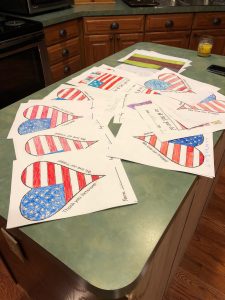 Children who live on military bases designed thank you for your service cards, which were included in the packages as well.

Additionally, children on military bases designed thank you for your service cards, which were added to the care packages as well.

One week later, three days before Veteran’s Day, the care packages were delivered to the VA Community Outreach Center in Cincinnati, where they were then given to the area’s homeless veterans.

Sadly, there is a need to take care of those who served our country.

In 2018, there were an estimated 749 homeless veterans living in Ohio, according to a report from the U.S. Department of Housing and Urban Development.

Within the Local 24 jurisdiction, the report estimates there are 161 homeless veterans in the Cincinnati area, 100 in central Ohio and 52 in the Dayton area.

Local 24 thanks all of our members who donated items or money to this worthwhile cause. We also thank the Local 24 Women’s Committee and SMART Army, who coordinated this effort.