All posts in Cincinnati 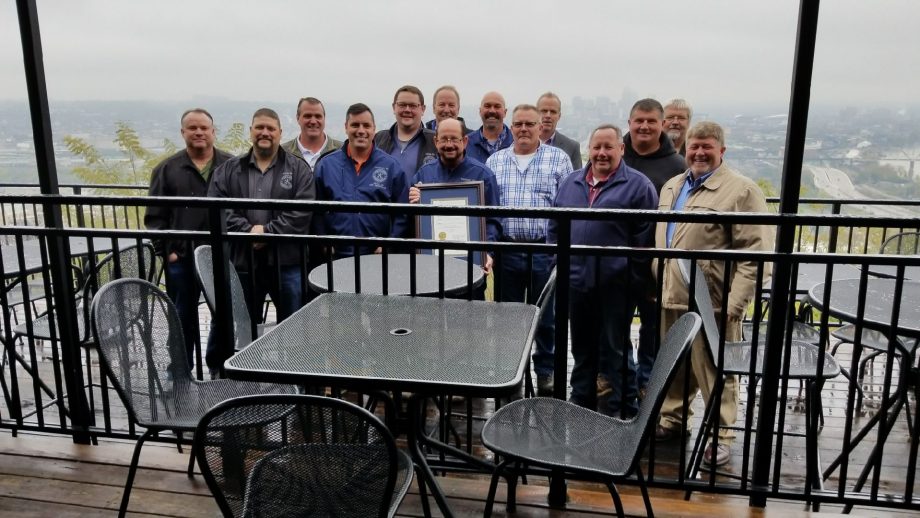 Following a staff meeting and lunch on Nov. 1, Business Manager Rodney French, with help from the Local 24 staff, presented Brother Shinkle with a proclamation from Cincinnati Mayor John Cranley. END_OF_DOCUMENT_TOKEN_TO_BE_REPLACED

On July 13, golfers from across the state joined forces with the Ohio State Building and Construction Trade Council to raise thousands of dollars for diabetes research.

For the first time in its history, the annual OSBCTC event was used to raise money for a charitable cause.

The scramble raised $45,935 for Dollars against Diabetes Day (D.a.D.’s Day), which is an annual campaign organized by the Building and Construction Trades Department, AFL-CIO to fund diabetes research. All the money raised went to D.a.D.’s Day.

The outing began with a shotgun start at 9 am and included door prizes, a raffle and banquet once the round was finished.

“I was really happy with the outcome. It was our first endeavor to assist D.a.D.’s Day and we exceeded expectations,” said Duffy.