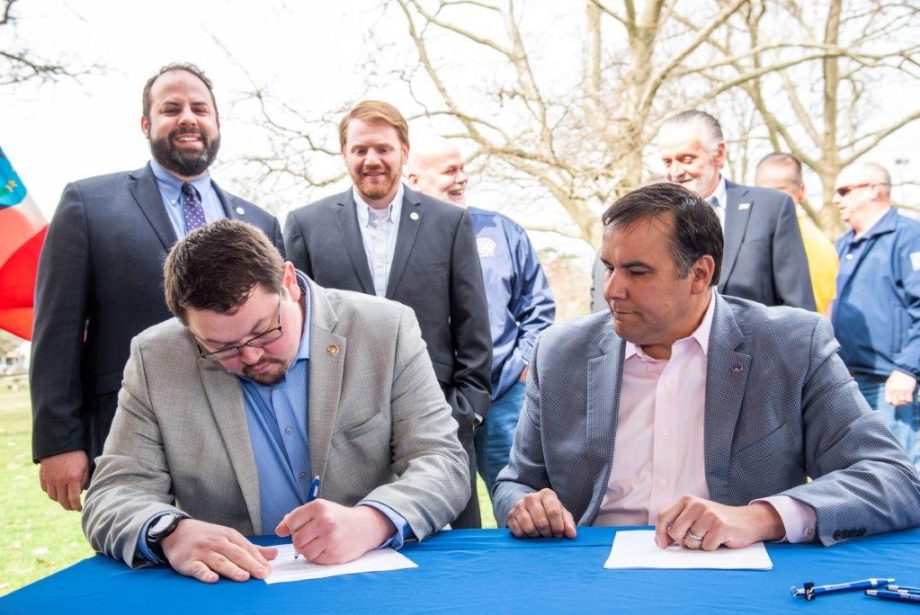 The $25 million Linden Park project is expected to create between 60 and 80 jobs for members of the C/COBCTC and for members of Sheet Metal Workers Local 24.

This is the second Community Benefits Agreement between the City and the C/COBCTC. It is similar to the one being used to construct Fire Station No. 35 on the city’s far east side. This new Community Benefits Agreement enhances cooperation between the city and building trades and guarantees the hiring of a local workforce to make up a certain a percentage of tradesmen and tradeswomen working on the project.

It set a local workforce goal of 30 percent for the City of Columbus residents and requires contractors make good-faith efforts to hire qualified workers from the Linden area. Additionally, the C/COBCTC has agreed to hold three recruitment events in the Linden neighborhood.

As part of the agreement, the City of Columbus will continue its investment in building trades by providing funds for toolboxes, hard hats, boots and other materials for more than 300 middle school and high school students in Columbus City Schools training programs.

“This agreement continues to build on my commitment to expanding Columbus’ success to every person in every neighborhood,” said Columbus Mayor Andrew Ginther. “I applaud our local labor unions for standing with me and the community in this effort.”

Work will begin in June on Linden Park and is expected to be wrapped up by September 2020.