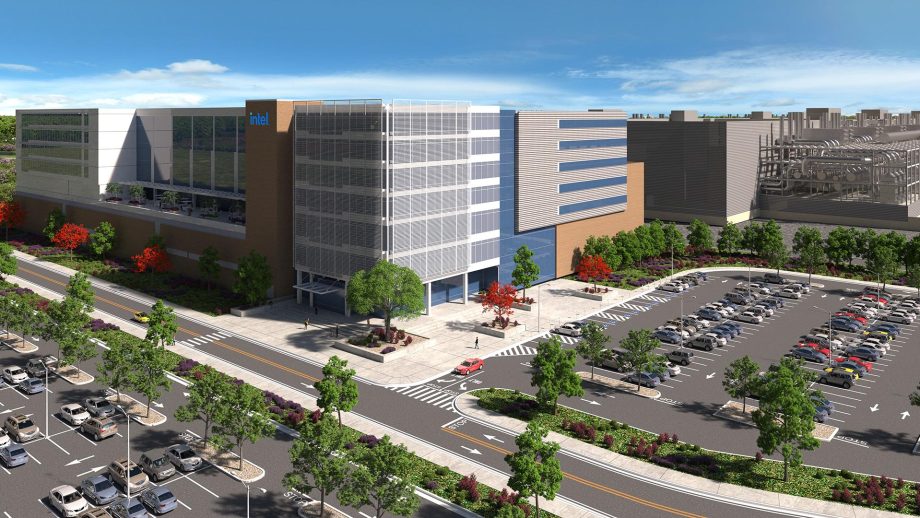 The new Intel project will likely create hundreds of jobs for Local 24 members. The project will produce about 7,000 construction jobs, 3,000 full-time jobs and support tens of thousands of additional local long-term jobs across a broad ecosystem of suppliers and partners.

Ohio is already home to Facebook, Amazon and Google datacenters, Gelsinger pointed out. Intel’s addition will make the state the “Silicon Heartland,” he said.

With plans to ramp up to production in about three years, Intel’s Ohio facility will help solve the global shortage of advanced semiconductors, often called chips, through domestic resources.

During the first phase of the project, Intel will invest $20 billion to build two plants, called fabs, on 1,776 acres in Licking County.

Three more phases of the project could potentially add six additional fabs, bringing the total investment to $100 billion over a decade. The remaining phases would sit on an additional 1,414 acres.

New Albany plans to eventually annex 3,190 acres from Jersey Township for the project.

Production plans for the first two factories will start later this year. Actual construction is expected to break ground in late 2022. The two facilities are expected to come online in 2025 and deliver chips using the industry’s most advanced transistor technologies.

“For the next 10 years, there will be good paying union jobs building this site,” said U.S. Sen. Sherrod Brown (D-OH).

“A semiconductor factory is not like other factories,” he said. “Building this semiconductor mega-site is akin to building a small city, which brings forth a vibrant community of supporting services and suppliers. Ohio is an ideal location for Intel’s U.S. expansion because of its access to top talent, robust existing infrastructure and long history as a manufacturing powerhouse.”