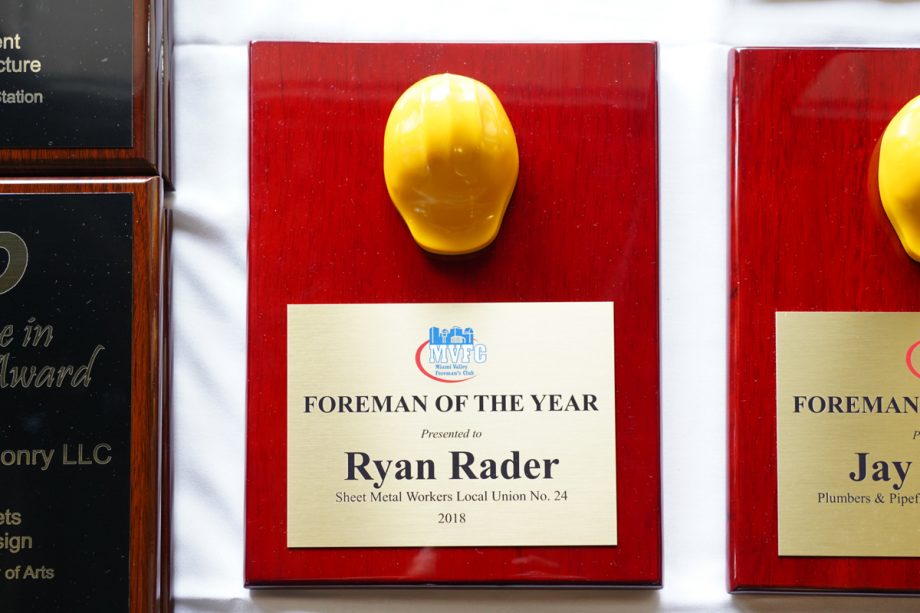 Hosted by Builders Exchange of Dayton, the annual event showcased the Dayton area construction industry associations and honored their members by highlighting their successful projects from the past year. 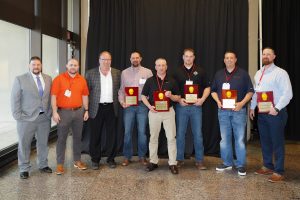 Sheet Metal Workers Local 24 Ryan Rader (fourth from left) was one of five individuals to receive the 2019 Outstanding Foreman Awards.

Among the awards handed out, five Outstanding Foreman Awards were given to journeymen, who were selected for their leadership, craft skills and efforts to pass on the pride of their trade to apprentices. These individuals have displayed an outstanding commitment to maintaining productivity and bringing jobs in on time and within budget, while at the same time maintaining a safe, drug- and alcohol-free jobsite.

All Foreman nominees were by their peers, which is an honor in itself.

The purpose of the award is to recognize an individual who has maintained positive labor relations with the various Local Unions and District Councils affiliated with the Dayton Building and Construction Trades Council.

Clark, who will retire in June, was recognized by the DBCTC for his many years of service and as an appreciation for his efforts to improve labor-management relations.

SMW Local 24 congratulates Brother Rader for this recognition and outstanding dedication and service to his craft.