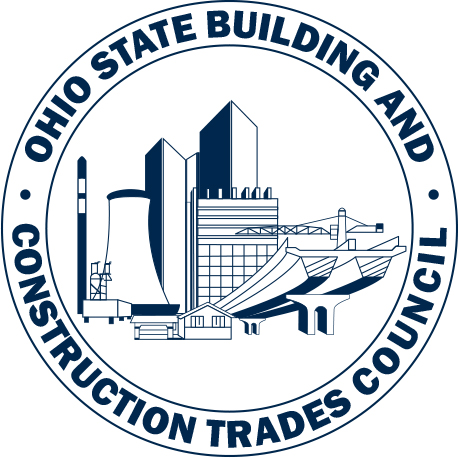 In addition to serving as the State president, Knisley recently retired from his position as Business Manager of UA Local 776, where he served for 14 years. He also retired as President of the Lima Building Trades, a position he held for 11 years.

“I’m proud to be selected to lead the building trades,” said Knisley. “It’s an honor.”

As head of the state building trades, Knisley hopes to improve upon the foundation laid by Dennis Duffey, who retired from the post on Sept. 1.

“I’m gonna take the good work Dennis did and try and make it better over time,” said Knisley.

He said he has some initiatives he wants to implement, but wants to carry on with the current policies.

With Knisley leaving his role as OSBCTC president, the executive board voted Mark Douglas as his replacement.

Douglas is excited about this opportunity and hopes he can take some of his experience as President of the Tri-County Building Trades and Business Representative for IBEW Local 306 in Akron, and use them.

Douglas cited his experience working with the City of Akron to create a Responsible Contractor ordinance and the work he has done to help secure PLAs in both the private and public sectors.

“I want to continue Dennis’s work to help grow the trades and also open up lines of communication,” he said.

Knisley said that he is excited to see Douglas move into his old role and has confidence he will do a good job.

Sheet Metal Workers Local 24 congratulates both Mike Knisley and Mark Douglas on their new roles and wish them the best as they work to lead the OSBCTC and further the union construction industry.