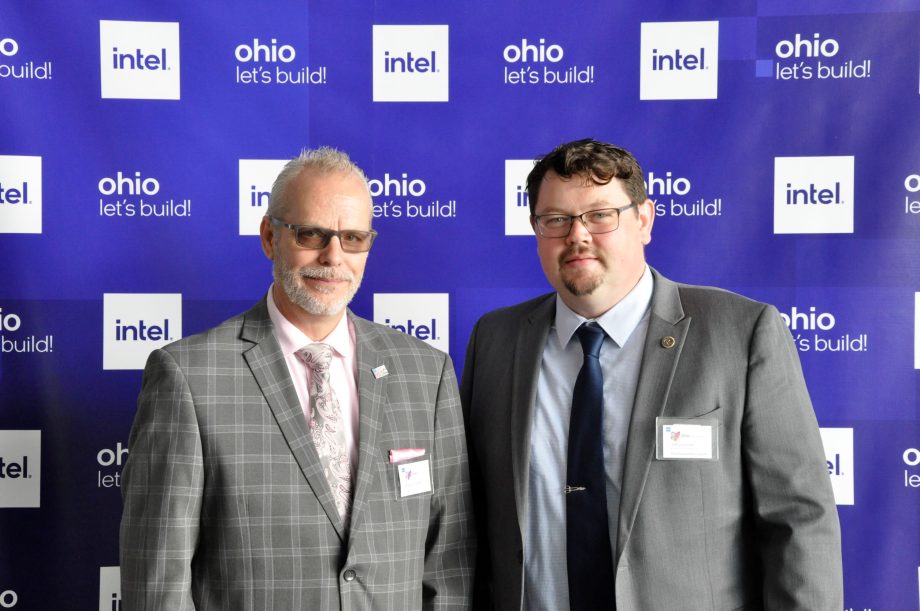 Initially scheduled to take place on July 22, the ceremony was postponed to September due to concerns regarding the inability of Congress to pass the Creating Helpful Incentives to Produce Semiconductors (CHIPS) for America Act. In late July, Congress passed the CHIPS Act as part of House Resolution 4346, and Biden signed it into law on Aug. 9. A month later, with site work already started, dignitaries gathered to formally celebrate the beginning of the $20 billion project that will build two Intel fabs, an office building and other key infrastructure.

Additional phases of work will increase the total number of fabs constructed to eight and push the total cost to an estimated $100 billion. Phase I of the project is expected to create at least 7,000 jobs for members of the building trades. For the first time in 40 years, Intel will build a new U.S. manufacturing site, and it will be located in central Ohio. 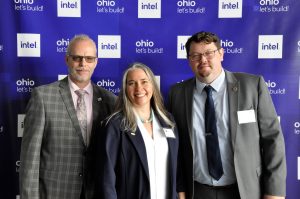 For Ohio State Building and Construction Trades Council Secretary-Treasurer Mike Knisley, the event will impact all Ohio building trades, changing them for the better.

“This project will be transformational – not only for Central Ohio, but for all the other affiliated regional building trades councils in Ohio,” he said. “This marks the start of a generational investment for our members, their children and their grandchildren.”

During his speech, Biden thanked the members of Congress who voted for the CHIPS Act, and then transitioned to the project’s impact on the middle class, as it will create thousands of good-paying union construction jobs.

“Here’s the critical piece, Intel is using a Project Labor Agreement for this investment,” said Biden, who then explained the benefits of such agreements.

While technically a PLA, the project is governed under a National Construction Agreement. The President called the NCA a big deal, and linked it to the Executive Order he signed in February that mandated most federal construction projects over $35 million be built under PLAs. Other semiconductor companies who use CHIPS Act funding are required to pay Davis-Bacon Prevailing Wage to all construction workers who build these facilitates, Biden added.

The event began with The Ohio State University Marching Band leading the guests from a large, air-conditioned tent to the outdoor stage area.

“Initially, I thought it would take about a year and a half to get the necessary permits to begin construction,” he said, and then thanked all who played a role in the expedited permit approval process.

Esfarjani also thanked the organizations that represent the men and women who will build the mega site.

“Thank you to the Ohio State Building Trades and North America’s Building Trades Unions,” he said. “Together our teams are working side by side to make Ohio the ‘Silicon Heartland.’”

He reminded the attendees that building a mega site is similar to building a small city. It requires a significant infrastructure investment.

“The two fabs under construction behind me will require concrete – enough to build the two largest skyscrapers in the world and enough structural steel to build eight Eifel Towers,” he added.

In the weeks and months that follow, union construction crews will transition from site prep to excavation work that includes constructing a 60-foot-deep concrete sub-foundation, which will protect the fabs from vibration. Following this work, steel will begin to rise.

Ohio Lt. Gov. Jon Husted told the audience the groundbreaking was only the start of the collaboration to get the workforce not only for the Intel project, but for the 129 suppliers who are expected to open operations within the state. Jim Evers, Intel Ohio’s Vice President and Factory Manager, recently moved from Arizona to Ohio. Intel will be a great neighbor and will show up in the community and care, he said. Evers also provided some insight into what the construction timeline might look like.

Just before the actual ceremonial shovels touched dirt and an intermission, Intel CEO Pat Gelsinger told the crowd he was more excited to be in Ohio for this event than the initial announcement of the project in January. Construction on the first two fabs is expected to be completed in 2025.