Sheet Metal Workers Locals 24 and 33, with help from a SMART lobbyist and the Affiliated Construction Trades (ACT) West Virginia, defeated an attempt by state legislators to repeal HVAC licensing requirements in the state.

After two years of working with legislators, SMW Locals 24, 33 and 100 won a key victory in 2015, as the state enacted a law to require state licensing for all workers who perform work on HVAC/Fire Dampers in West Virginia. 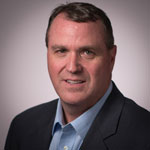 The licensing requirement was ultimately put in place to keep fly by night contractors and out-of-state contractors from coming into West Virginia and hiring whomever they wanted, not knowing whether or not the workers are skilled.

The legislation helped our Locals secure market share and also stemmed the tide of out of state contractors and fly-by-night contractors who would undermine local standards.

A year later, Republicans gained control of the Statehouse and repealed Prevailing Wage and introduced So-Called “Right to Work” legislation.

Over the next two years, they put bills forward to repeal the HVAC licensing, but the bills died in committee as pro-labor Republicans joined Democrats in killing these bills in committee.

Early this year, House and Senate leaders made repealing the HVAC license a high priority.

Partnership Development Representative and SMART lobbyist Steve Hancock worked with SMW Local 24 Business Rep. Jeff Rowe and Steve White, Director of ACT West Virginia, to lobby against the repeal of the license and educate legislators about its importance.

Through hard work and with support from SMW Local 33, the SMART coalition was able to convince members of the GOP that repealing the HVAC license was a bad idea. Facing mounting pressure, Republican leaders vowed to not introduce legislation to repeal the HVAC license as long as licensing requirements were lowered for residential technicians.

Rowe said the education and lobbying helped create enough allies were the Republicans did not have the votes for a full repeal and they settled to only tweak the residential requirements.

“It is very important that we stick together and educate legislators as much as possible and stay as strong as we can,” said Rowe. “It’s very important to build allies because under this current legislative map we are the outsiders.”

SMW Local 24 thanks the hard work and activism of SMART members and Local 33 – along with the solidarity shown from other trades and Local 24 members for helping us save this important license.