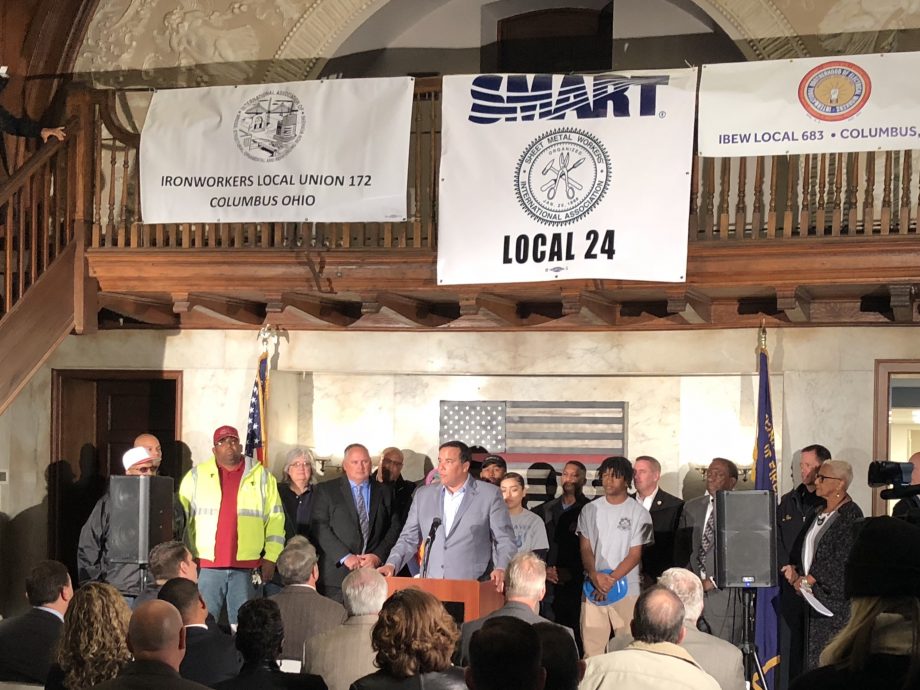 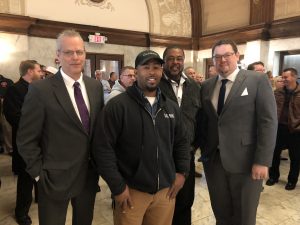 The CBA will eliminate the possibility of project delays on the city’s first new fire station since 2003 due to labor lockouts or dispute, and help ensure the $8 million building is constructed on time and on or under budget.

The new fire station will be built on North Waggoner Road between Chapel Stone Road and Waggoner Grove Boulevard on the Far East Side. Work on the 22,000 square foot facility is set to begin in May 2018.

Perhaps most importantly, the historic agreement will offer job recruitment fairs, which will lead to apprenticeship opportunities for the city’s minority, female and low-income residents.

An apprenticeship with Sheet Metal Workers Local 24 and other C/COBCTC affiliated unions offer men and women, regardless of race or gender, the opportunity to earn while they learn. This means they receive on-the-job training in addition to classroom instruction, as apprentices hone their skills on the path to becoming journeymen. As apprentices, they earn a livable wage, with pay increases each year. 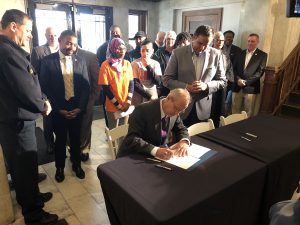 Each union who signed the CBA, including SMW Local 24, will create and implement a diversity and inclusion plan that is specific and measurable.

Ginther said the CBA will also establish a Community and Workforce Committee made up of representatives from the city, building trades and organizations dedicated to the advancement of minorities, women and low-income residents, to monitor the progress being made.

Ginther also announced the city was contributing $166,500 to the Columbus City Schools to fund tool and safety kits, as well as materials for the construction of classrooms, where middle and high school students can learn the basic skills needed to enter an apprenticeship.

“The CBA is a pilot initiative,” said Ginther. “We choose Fire Station No. 35 because it is the right-size project for this program. The committee will be able to evaluate and adjust for future Community Benefit Agreements.”